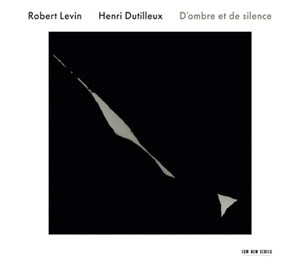 
This CD delivers far more than it promises. Dutilleux is not, after all, a name we normally associate with the piano. It turns out that he has been writing piano works, large and small, at a slow but steady rate throughout his long career, and they add up to a diverse and fascinating programme.
The works are ordered along roughly chronological lines, which in the case of many composers would be a dangerous strategy, forcing us to wade through the juvenalia before we got onto anything worthwhile. But that's not how Dutilleux's career panned out. It is a curious fact that the French musical establishment has always considered Dutilleux at the equal of his contemporary Messiaen, even though the rest of the world considers Messiaen the timeless genius and Dutilleux a more parochial figure. The reason may be the sheer quality of many of Dutilleux's earliest works. It is no disservice to the composer's later output to describe his early Sonate (1946-8) as probably his greatest contribution to the instrument's repertoire. Unless you count the preludes, this is the only genre piece on the disc, and while it is in a rigorous three movement form, it wears that rigour lightly. And the sheer variety of textures, harmonies and moods in the piece is incredible, especially for a composer barely into his 30s.
Of the later works, the most significant is 'Figures de résonances' (1970-76). In this two piano composition (Ya-Fei Chuang the second pianist) we find the composer keeping up with the ideas of his younger colleagues, distributing isolated, inscrutable chords between the two players in the manner of Boulez' pointillism or the spectralism of Grisey and Murail. But progressive tendencies never involve aggression or harsh dissonance where Dutilleux is involved, and even in these more sporadic textures, there is a lyricism that allows the four movements to cohere, both internally and with each other.
Two early works, movements from 'Au gré des ondes' and 'Blackbird' are kept back until later in the programme, and here it becomes apparent that there is some juvenalia floating about that would sit uneasily on the front of the playlist. Not that there is anything wrong with either work, but they have clearly been included for the sake of completeness rather than on their own slender merits.
Performances and recording are of the highest standard, as one would expect from the Levin and ECM. The piano has a warm resonant tone, and when the composer specifies extended use of the sustain pedal, as he regularly does, the extended harmonies wash around inside the piano and across the stereo array wonderfully.
This is the first Dutilleux release from ECM, and to be honest it would be quite difficult to think of anything else from his output that would fit as naturally as this into the label's ethos, although the Violin and Cello Concertos could be candidates. But the disc goes to show just how versatile the ECM model is, and how well this music responds to the exceptional production standards that the company have made their norm.
It is certainly a disc for Dutilleux fans this one, but also for those with a taste for Ravel or for early Prokofiev. And even Messiaen and Boulez devotees should get something from it. Dutilleux is a composer who has remained true to himself through years of incredible change in the musical aesthetics of his country. And despite that singular focus, he hasn't isolated himself from the changes either. The result in his piano music is a journal of one composer's journey through the 20th century, always finely crafted, often impressively adventurous, and never parochial.
Gavin Dixon