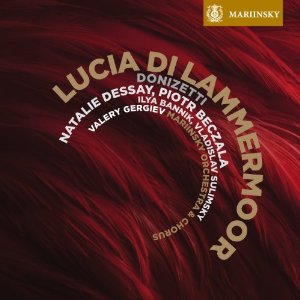 Buy from:
The Mariinsky Label has been gradually expanding its cultural horizons over the first two years of its existence. The first three releases were all of Russian repertoire. Artistically, that was probably sensible, but if the decision had been imposed by marketing managers, Gergiev had the last word when it came to the actual works on those discs, all of which were from the 20th century. Then in 2010 they released a Parsifal, another brave move and on the whole a successful one. The big question the critics where asking then was whether a Russian company could sound German enough to pull off this most German of scores. Hiring in a few singers from the West made a big difference to the result, Rene Pape in particular bringing his authoritative Gurnamanz to bear on the project. My own view of their Parsifal was that the singers and players all gave excellent and stylistically acute performances, and that the only factor standing against the recording was Gergiev's idiosyncratic tempo choices.
So now from the heart of the German operatic repertoire the company moves to the heart of the Italian repertoire. Again the same suspicions start creeping in about how well a Russian company is going to cope with music that most listeners know better from performances from the composer's home country. It is probably worth bearing in mind though, that this is a full time opera company, and while they don't often make recordings of non-Russian repertoire, they must perform these works on a regular basis. So we shouldn't be too surprised when the results to stand up to comparison with the best from any other country.
That said, there is something distinctively Russian about this Lammermoor. All those Italian melodies flow beautifully, and the orchestra achieves a fabulous lyrical cantabile quality, especially in the woodwind solos. But there is a sense of drive and purpose about this performance that seems, to me at least, distinctively Slavic. Accents are punchy, sforzandos are muscular and immediate, and the sheer weight of the orchestral texture in the tuttis seems at odds with the music's Italian heritage, and indeed its date. The chorus too is very Russian, but in all the right ways. Power and precision are the hallmarks of their singing, and when Gergiev gets huge tuttis out of the orchestra, it is at least in part because he knows the chorus can match them.
As with Parsifal, the cast here is led by two imported singers, although neither from Italy. Lucia has become a signature role for Natalie Dessay, so her many fans will no doubt take an interest, as this is the first time she has recorded the role complete. Comparisons with Sutherland are inevitable, but Dessay takes a very different approach to the role. Both singers give it their all, producing full-blown, impassioned coloratura performances. But unlike Sutherland, Dessay doesn't make it sound easy. Her voice has a narrower tone, and while she copes with all the top notes, they don't all sound pretty. Perhaps she brings a little more urgency to the role than Sutherland, which is useful in this typically driven Gergiev reading. Her vibrato is narrower and less pronounced than Sutherland's as well, which perhaps reflects modern tastes. I enjoyed the Mad Scene, although it's not the maddest I've heard. Dessay structures it well, always saving something in reserve for the build-ups and outbursts. Some excellent glass harmonica playing from Sascha Reckert (there is a video of him discussing the instrument here), and the balance between the exotic instrument and Dessay is just right, the result, it seems, of some significant recent advances in glass harmonica technology.
Piotr Beczala puts in a solid performance as Edgardo. His tone is rich and even, and his sound production is never threatened by the extreme dynamics that Donizetti writes, and that Gergiev frequently exaggerates. The supporting cast, all of whom are Russian, support well. There are no stand out voices here, but then in fairness there are no stand out roles either.
The sound quality is good, and certainly benefits from the SACD audio. This isn't the sort of piece to show off that technology at its best, but the clarity of the orchestral textures in particular works to the benefit of Donizetti's score. The recordings were made live at concert performances at the Mariinsky Concert Hall. The acoustic is good, but one consequence of the high quality audio is that the ambience is very much that of a concert hall and not of an opera theatre. The experience that is being reproduced is the experience of hearing a concert performance. That is standard practice for operas on own labels these days, so listeners are probably used to it, but still it seems at least two steps removed from the true operatic experience.
In comparison with the famous Sutherland/Boynyge recording, everything on this new release sounds very angular. The high quality audio means that there is no blurring of the orchestral colours, Gergiev makes a point of highlighting all the details, and Dessay's voice has that narrow, focussed quality that picks out every note in the melodic line. As a result, this is much less comfortable listening. That is as it should be perhaps, given the subject matter of the opera, but it is a recording that commands the listener's attention from beginning to end: an intense but satisfying experience.
Gavin Dixon