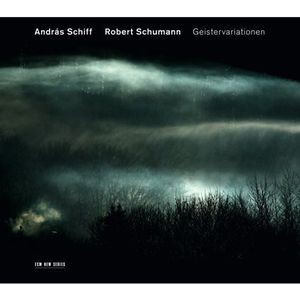 
András Schiff is not one to follow the crowd, so even in this much-recorded repertoire you know you can expect something different. These Schumann interpretations are head and shoulders above any other recent releases of the composer's piano works. There is astonishing clarity of line and texture, intellectual focus in every interpretive decision, and a palpable sense of immediacy all too rare in studio recordings of piano music.
That said, you might find the playing here a little unfriendly the first time you spin the discs. Schiff has too much respect for his own art and for that of Schumann ever to pander to his listeners. Most other pianists go out of their way to make this music flow, in spite of the music's often angular structuring and unintuitive tempo and key changes. But all those potential difficulties are highlighted by Schiff, who gives us a fascinating insight into just how radical and forward-looking much of Schumann's piano music actually is.
You couldn't call Schiff's readings "Romantic" as such, but then they are not rigid or formal either. Tempo and dynamics are in a constant state of flux, but every change, however slight, is always part of a wider interpretive strategy. Schiff has clearly thought hard about this music, but the deep intellect that underpins his playing never makes the performance sound over-intellectualised or over-planned. There is a clear link with Alfred Brendel here, but while Schiff thinks as hard as Brendel does (or did) about his playing, he is able to bring an even greater sense of immediacy and energy to balance that intellectual side. And like Brendel, the sheer physicality of Schiff's playing grounds everything in the present. There are flights of fancy and metaphysical asides, but everything in these performances comes down to the simple act of communicating through the piano keyboard.
The sheer quantity of detail, especially in the inner parts, is another feature that sets Schiff apart from his many competitors in this repertoire. The C major Fantasy and the Waldszenen in particular benefit from this focus on the minutiae. Just as importantly, Schiff always maintains an ideal balance between the melodies and the accompaniments. True, other pianists let the melodies flow more, but Schiff is just as aware of the structural significance of Schumann's long phrases, and of their extraordinary inner beauty.
A double-disc release from ECM is a rarity, but Manfred Eichner is clearly willing to bend the rules to accommodate this world-class pianist. The second disc is the place to start, that's where you'll find the mature masterpieces, the C major Fantasy, the Waldszenen and the Ghost Variations. Disc 1 is more of a bonus offering, adding a complement of Papillons, Kinderszenen and the Op.11 Sonata. The performances are all to an equally high standard, but composition-wise, disc 2 is in a different league.
Navigating your way round the tracks can be a bit tricky. There is no track listing on the back of the card sleeve, nor on the back of the box. ECM's typically comprehensive notes mean that the liner is difficult to extricate – not a big problem but frustrating when you only want to see the track listings. Otherwise, this is an excellent release. The sound quality is good, less resonant in fact than most ECM piano recordings, making it ideal for Schiff's detailed yet atmospheric playing. Highly recommended.