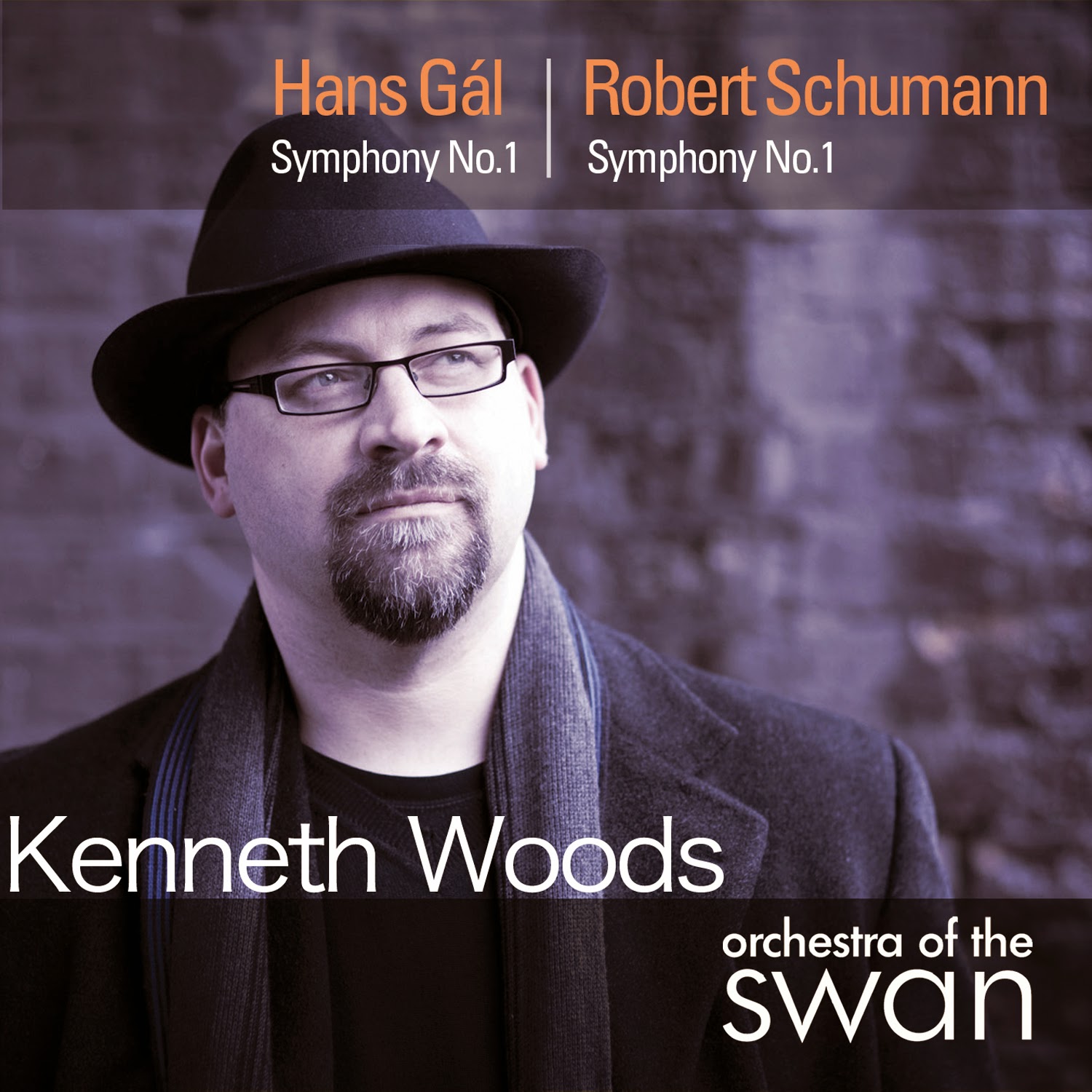 
Kenneth Woods here completes his traversal of the Hans Gál symphonies with a recording of the First. It’s not an early work; Gál was already in his late 30s and at the height of his powers when he completed it. The mastery of the form, evident in his later works, is already clear here. And, although lessons have clearly been learned from august predecessors, particularly Schumann and Brahms, the unique configuration of all those traditions ensures Gál a distinctive voice. In fact, there is an impressive continuity of style from this work of the 1920s right up to the Fourth Symphony, written almost half a decade later. This First Symphony is not as consciously polyphonic as the Third or Fourth, but its textures are just as finely wrought. Like those later works, there is a certain terseness to Gál’s symphonic writing here – it’s full of invention and all those ideas are packed in tight. But the more homophonic textures mean that the results feel less congested. The early date of this work means that the anachronism of its style is less of a concern, for the listener at least – it apparently it was never so for the composer himself.
The performance is excellent, and fully up to the standards that Woods and his orchestra have set in their previous releases in the cycle. As in the later symphonies, the woodwind principals predominate in much of the music, and all give fine performances. So too does the solo violinist and first horn, also regular soloists.
For reasons that remain unclear, the Avie label began recording Gál’s symphonies with Thomas Zehetmair and the Northern Sinfonia and then switched to Kenneth Woods and the Orchestra of the Swan. With this First Symphony, Woods has now covered all the works that Zehetmair previously recorded. This new version is a clear improvement on the first in a number of respects. The sound quality is far superior, with much greater detail and clarity. The Zehetmair version is more bass-heavy and lacks detail in the mid-range. Interpretation wise, the tempos are almost exactly the same (I’m guessing the score contains detailed tempo indications) although Woods takes almost a minute longer in the Elegie. Most significantly, the strings of the Orchestra of the Swan outplay their Northern Sinfonia counterparts, their tuning is better and their tone more even and polished.
As a coupling, we are offered Schumann’s “Spring” Symphony. Woods gives a sprightly but detailed reading, the sound warm and rich, but never to the point of weighing down the music. The strings again excel, especially considering the demands this work places on them. On a spectrum stretching from the opulent recordings of yesteryear to the drier period performance versions of today, this recording sits somewhere in the middle but leans significantly toward the former. That said, the clarity of the textures here is never compromised by the warmth of tone, which is especially evident in the strings.
Another fine recording, then, from Kenneth Woods and the Orchestra of the Swan. Documentation is excellent, with Woods, as is his custom, providing detailed notes on both works. Recommended for the Gál of course, but recommended for the Schumann too, which gets a competitive reading here in the face of considerable competition.